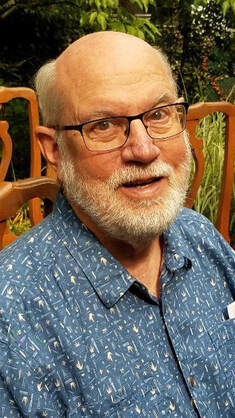 Rev. Derryberry received his bachelor’s degree in Religious Studies from the Vanderbilt University School of Arts and Sciences and his Master of Divinity in New Testament Studies from the Vanderbilt University Divinity School. Rev Derryberry has completed the Interim Transitional Specialist program of the Center for Congregational Health. He has served numerous congregations as Intentional Interim Minister and as a consultant in program ministries and development. He has served in a diversity of congregations including congregations affiliated with the Christian Church (Disciples of Christ) and the United Church of Christ.

Rev. Derryberry resides in Asheville. His wife, Virginia, is Professor Emerita of Art, UNC-Asheville. They have two children and two grandchildren.
Email pastor@uccasheville.org.

Andrew Hoots completed his Bachelor of Arts degree in religion, with a double major in psychology, at Campbell University in May 2010. After graduating with his bachelor’s degree, Andrew married his high school sweetheart, Valerie, who also graduated from Campbell in May 2010. He graduated from Campbell University Divinity School in May 2014 where he earned his Master of Divinity. He has also worked in the Office of the First Year Experience with first-year students at Campbell University.
Andrew has served in several churches in the area of youth ministry; FBC Erwin, The Memorial Baptist Church in Greenville, NC, and Ecclesia Baptist Church in Fairview, NC. He currently works at Mars Hill University as the Assistant Chaplain where he serves college students, faculty, staff, and administration. Email youth@uccasheville.org. 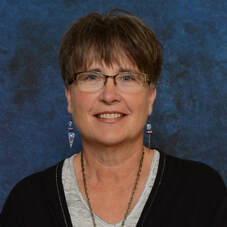 ​Kathleen is a native New Englander, who lived much of the past 25 years in Arizona.  She worked at Northern Arizona University in Flagstaff as the Program Coordinator of the NASA Space Grant program.  In addition, she provided music therapy to patients at the Flagstaff Medical Center and provided music for the Campus Ministry program and assisting with the children’s choir at their local church.   Prior to Arizona, her background was in human resources at an investment company in Boston, and Ben & Jerry’s Homemade in Waterbury, VT.  She and her husband John moved to the Asheville area in the summer of 2019 to be closer to their 2 sons, Ryan & Daniel, and are enjoying all the sights and sounds of Asheville and western North Carolina.  ​
​Email admin@uccasheville.org.
Amanda McCauley, AV Technician 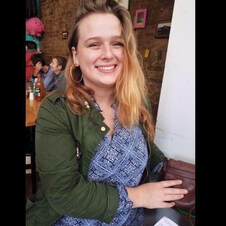 Amanda has lived in Virginia, North Carolina, and Germany, and is a graduate of the Music Tech program at UNCA. After graduation, she moved to NYC to be the lead audio engineer at a venue in Times Square. We’re delighted to welcome Amanda to First Congregational! 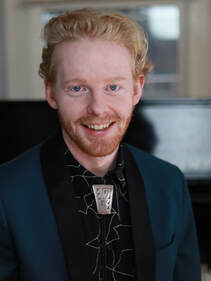 ​Eric is from Scottsdale, AZ, and comes to Asheville after living in Santa Fe, NM for many years. He came to North Carolina in June 2020 to study in a graduate program for Injury-Preventive Keyboard Pedagogy at Salem College.

​From 2017 to 2019, Eric was the Principal Organist of the Cathedral Basilica of St. Francis of Assisi in Santa Fe, NM. During his time there, Eric helped prepare and performed with a 120-voice combined choir from the Santa Fe Diocese in a performance of John Rutter’s Mass of the Children at Carnegie Hall, among many other musical and liturgical adventures. While in Santa Fe, Eric performed as a pianist with the Santa Fe Opera and was the organist for the Santa Fe Symphony. Eric was the Associate Director of the St. Michael’s High School’s Choral Arts Society, which won AAA New Mexico State Champion Choir during two of his three years with them. He has appeared on the national stage as an organist since 2007, with notable appearances at Entertainment Gathering 2008 (later broadcast on TEDTalks), on NPR’s From The Top.

​Eric is a chocolatier, botanical perfumer, student of African and Haitian dance, and enjoys hosting his neighborhood outdoor yoga group.  He holds undergraduate degrees in Philosophy and History of Mathematics and Sciences from St. John’s College, the notorious Great Books school of Annapolis, MD.
Email: organist@uccasheville.org